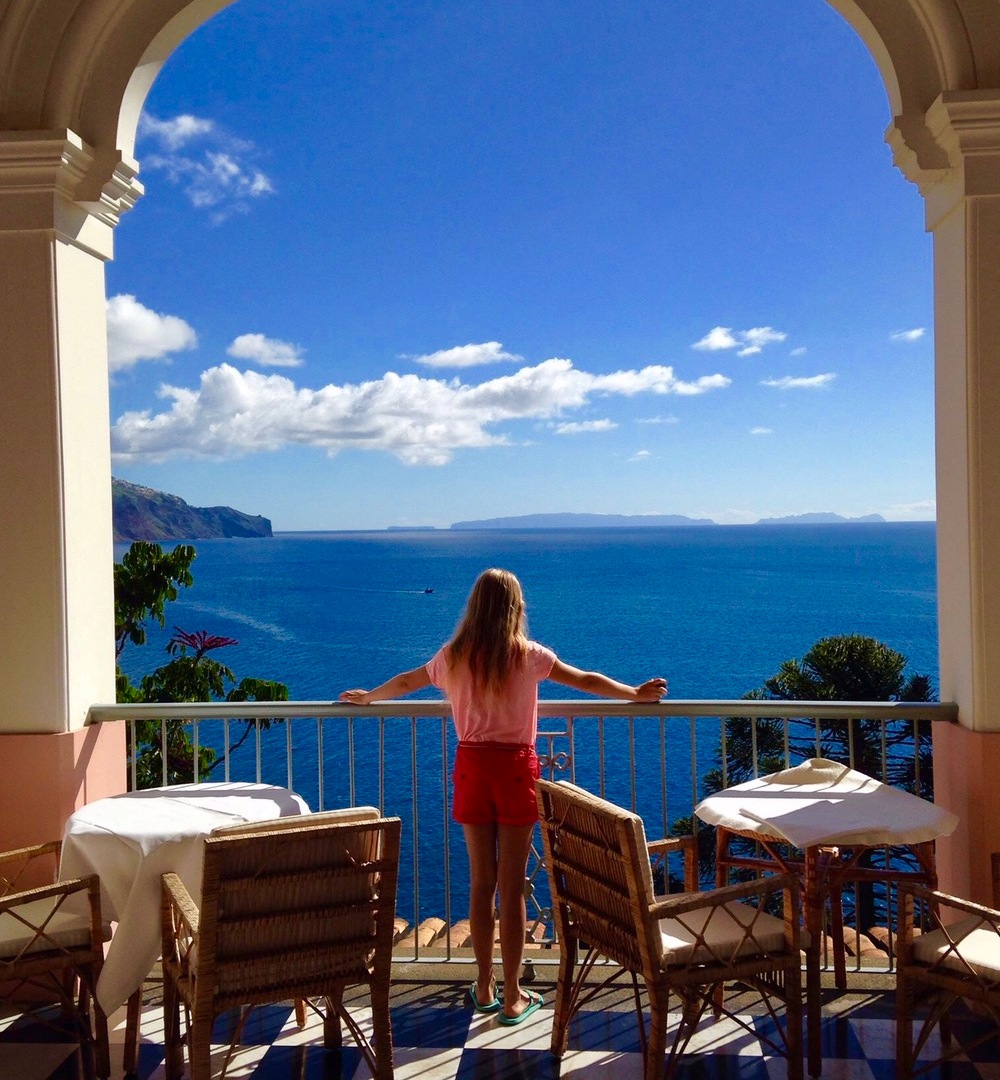 She watches over the harbour and sea surrounding Funchal: pink, abundant, 125 years old – and still absolutely smashing in looks.

OK, OK she may have done a few face lifts during the years, the latest was just finished the other day, in fact.

But this grand old lady is, as they say, still “young at heart”.

The recent refurbishments included a brave move of the main entrance as well as breakfast facilities, now integrated with the pool restaurant. 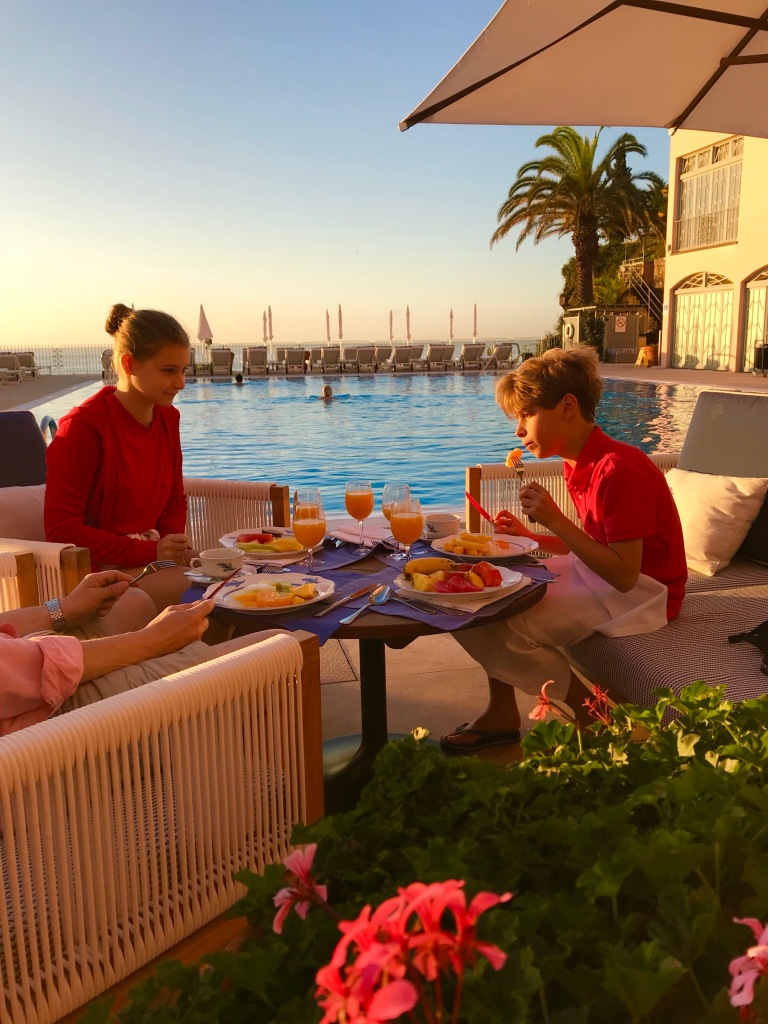 The italian restaurant, Cipriani, is still the same and restaurant William just got a star in Guide Michelin.

Half board is still the best in the world; you choose a la carte from the three restaurants.

Don’t miss the gala champagne dinner. Free champagne (Pommery) and live music under the glittering chandeliers. Included in the half board. Incredible. 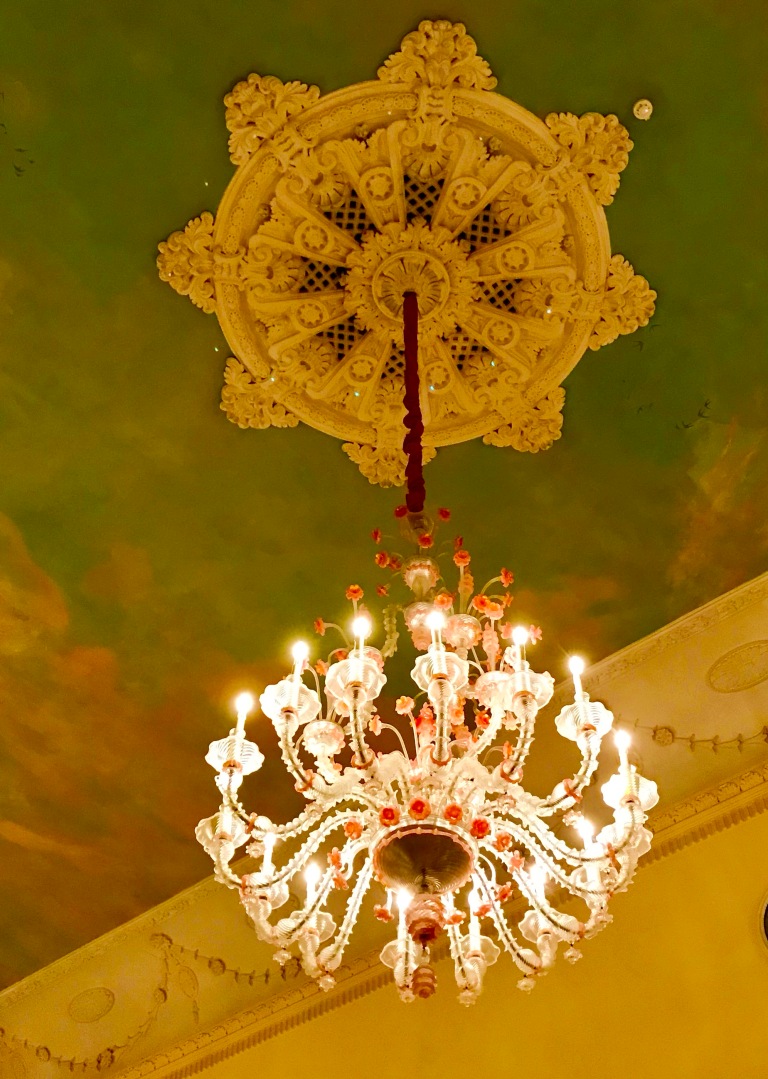 Above you see the 19th century Dining Room that hosts the traditional Reid’s Dinner Dance, and the Champagne Gala Buffet amidst the elegant columns and crystal, venetian chandeliers.

All restaurants serve as much local produce as possible. The local fruits, especially mango, papaya and passion fruit, are particulary tasty. A glass of Madeira wine is never wrong either. Or passion fruit poncha.

If you’re finding Reid an unlikely name for a Portuguese hotel founder, you’re not wrong. Reid’s Palace was founded 125 years ago by a Scotsman of that name.

This took place long before the Belmond hotel group married the pink, grand old lady on the cliff.

The relationship between the British and the Portuguese island of Madeira is deeply rooted. 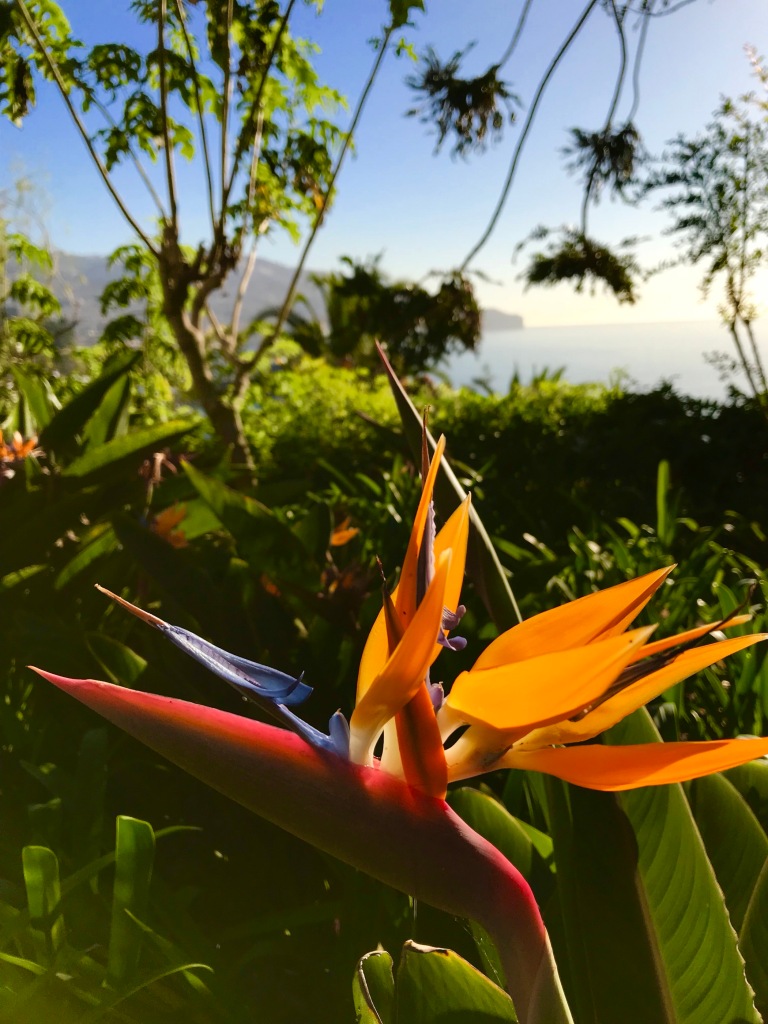 From the early years, everyone who was anyone, from Churchill on down, has spent some time here at Belmond Reid’s Palace.

Needless to say, the royal family was here. As well as Linn Knutson, picture below, with her somewhat short companion Elias, compensating his size by being stinking rich 😉 Plus Reid’s were out of boxes to stand on for short men with super models beside them. But you know, even the sun has it’s spots, that may be a bit over the top even for a 125 year old lady known for her flawless service. 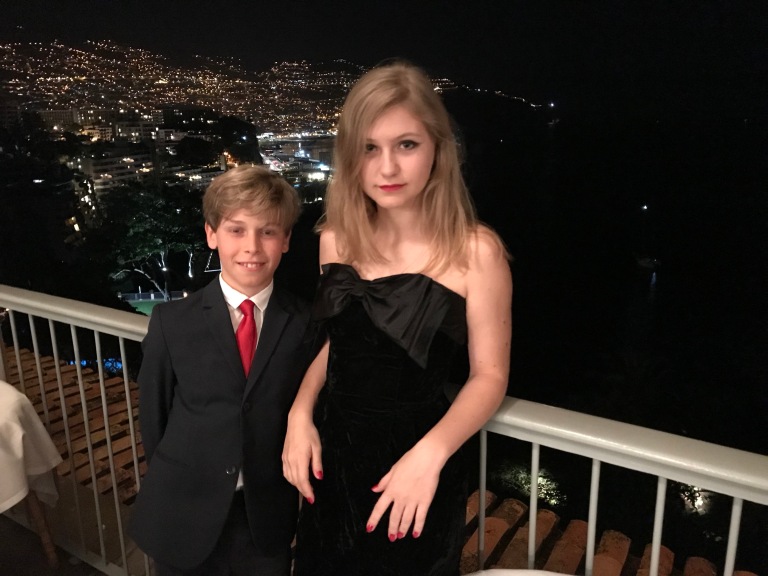 I’m just joking. They do have boxes too. With Belmond Reid’s Palace engraved on top. Most often used to contain hotel information, though.