Since the opening in 1912, Hotel Maria Cristina has been leading the history and cultural life of San Sebastian – a La belle époque seaside resort in the bay of Biscay.

Maria Cristina was, and is, a favourite for not only the late Queen Maria Cristina but for all kinds of European royalty, aristocracy and celebrities. And now me, if I may humbly add myself to the long queue.

This is where everyone came for the healthy saltwater bathing (swimming was kind of not invented) from the shallow waters and golden sand at the bay of La Concha. Later, everyone also went to the famous royal Spa by La Concha.

Many also built palaces along the bay in order to socialise with other high society at the open air terraces and at Hotel Maria Cristina – to see and to be seen. 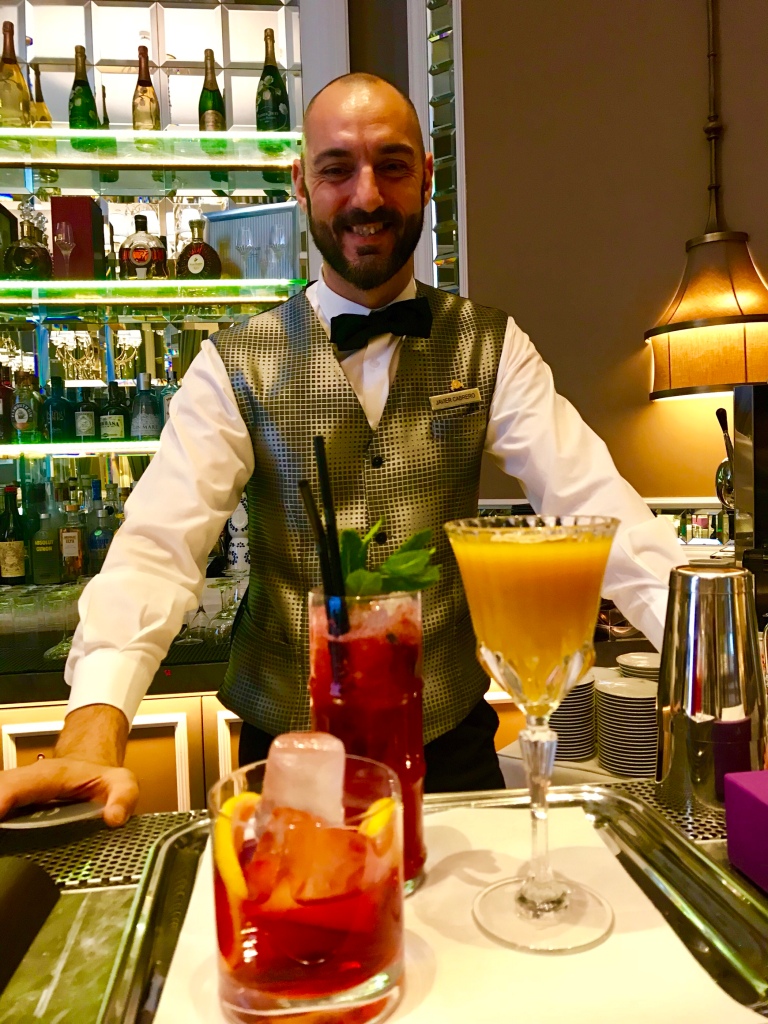 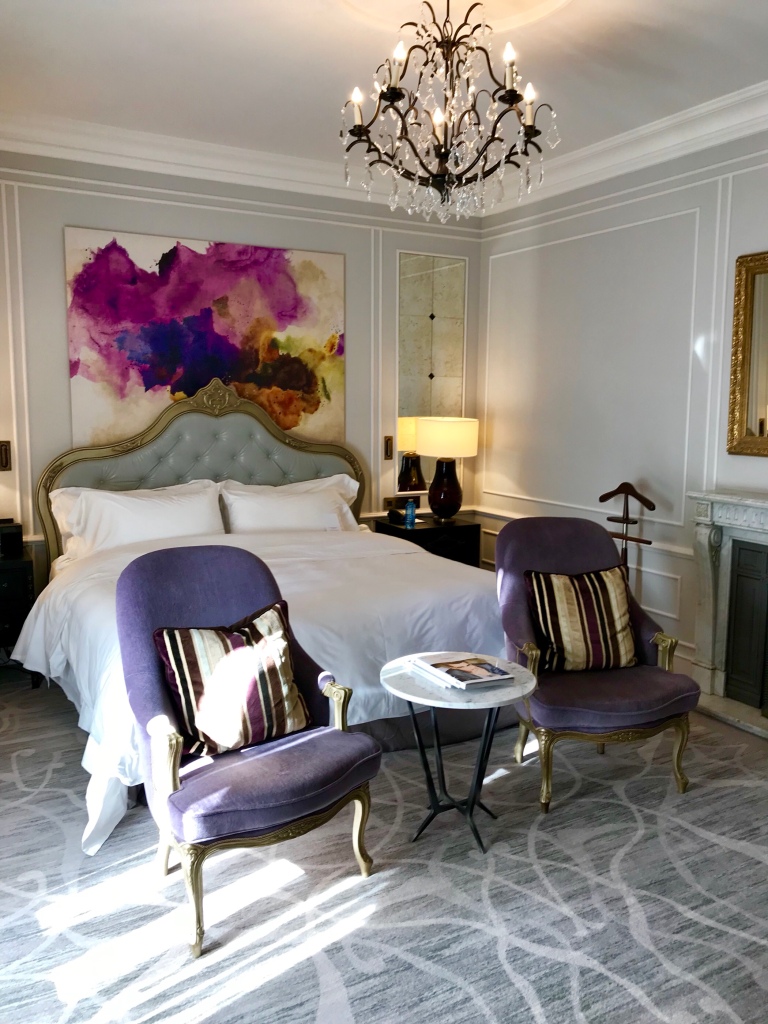 Today, in addition, foodies from all around the world gather in San Sebastian for the second highest amound of Guide Michelin stars per capita.

Right outside the hotel, there are fantastic gourmet pintxos trails between the best of bars. Foodies go for cooking classes and visits to the food markets with real chefs via excellent Mimo Food with kitchens, wine tastings and dinner facilities within Maria Cristina. https://mimofood.com/en

A few steps from Maria Cristina, there are the film and jazz festivals of San Sebastian and, of course, surfing. (Surfers pic credits VisitSansebastian)

The majestic design of the Hotel Maria Cristina was made by architect Charles Mewes, also responsible for the Ritz in Madrid and Paris.

The golden lion letter box is in itself already a reason for a night or two at Maria Cristina. The Dry Bar as well. And breakfast; excellent. 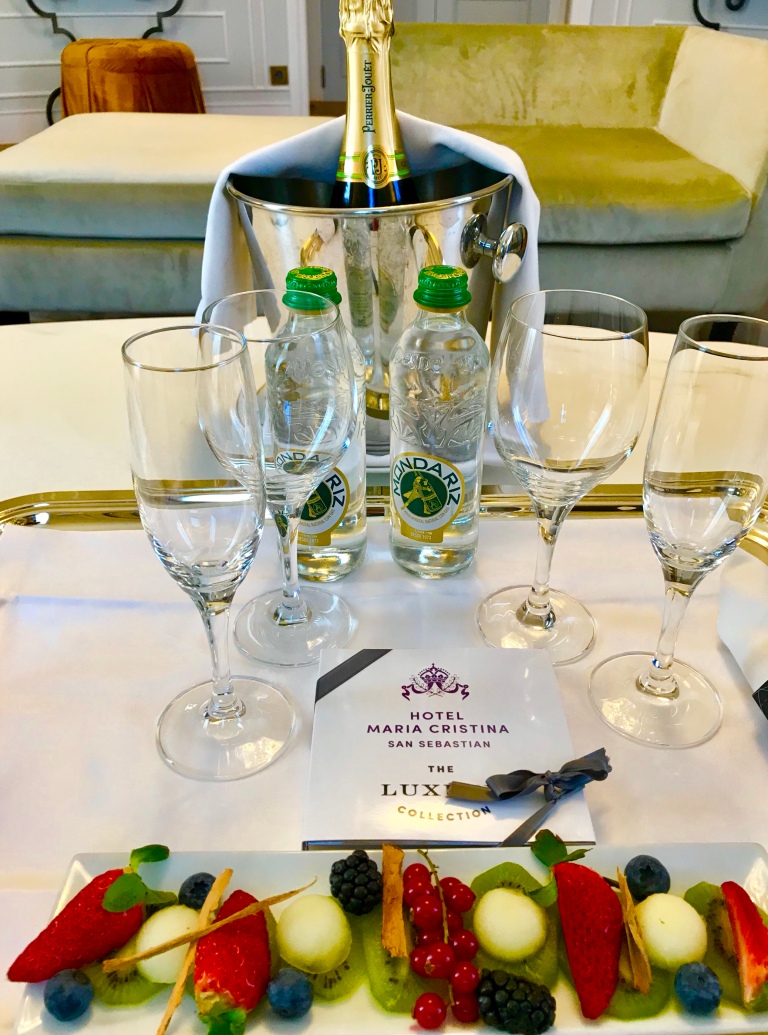 The terrace suites have splendid views and welcomings as above – I managed to steal a look in a suite prepared for some unknown star during my site inspection. 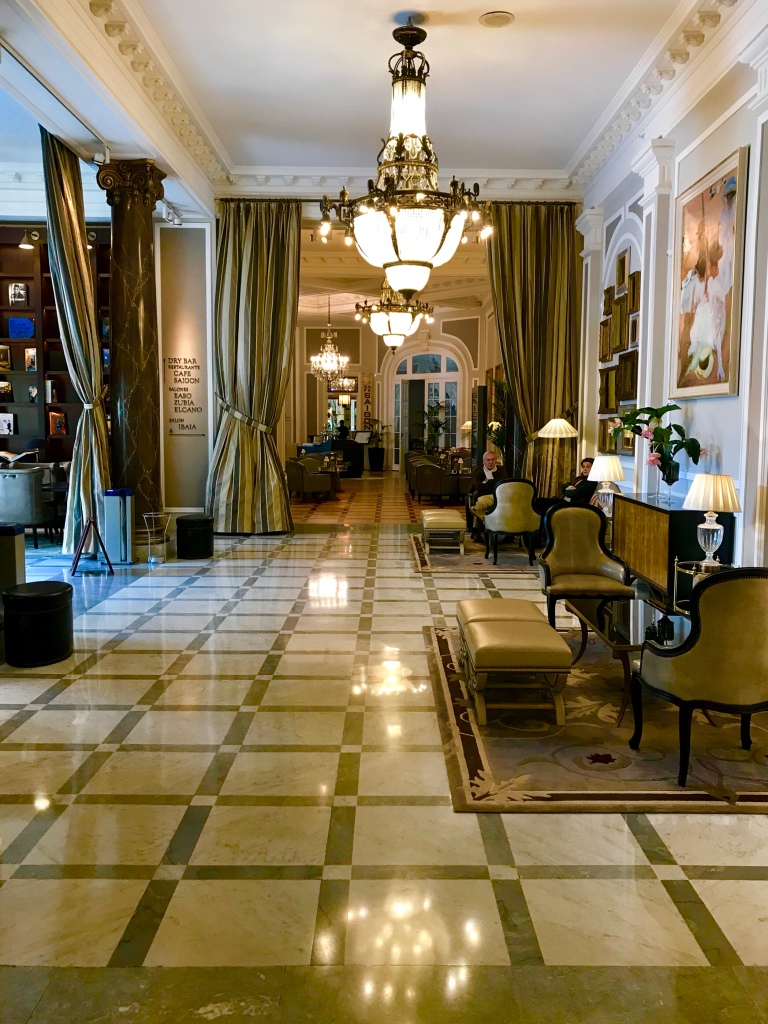 Or, to continue copying the secret guest book of Maria Cristina, the suite may have been reserved for the return of Anthony Hopkins, Vanessa Redgrave, Angelica Huston, Michael Caine or Robert De Niro.

Yes, it’s true. They all checked in at Maria Cristina and the suites. But I do think that the lead in price rooms are very attractive, large and reasonable in price. 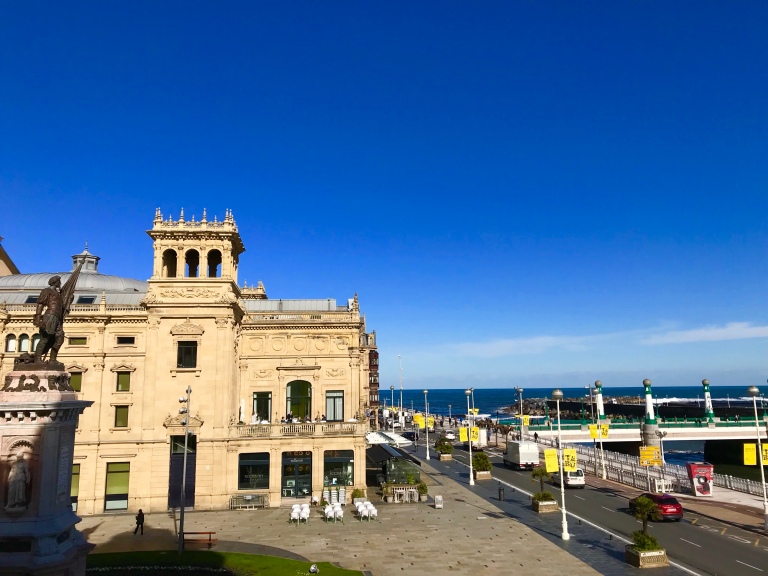 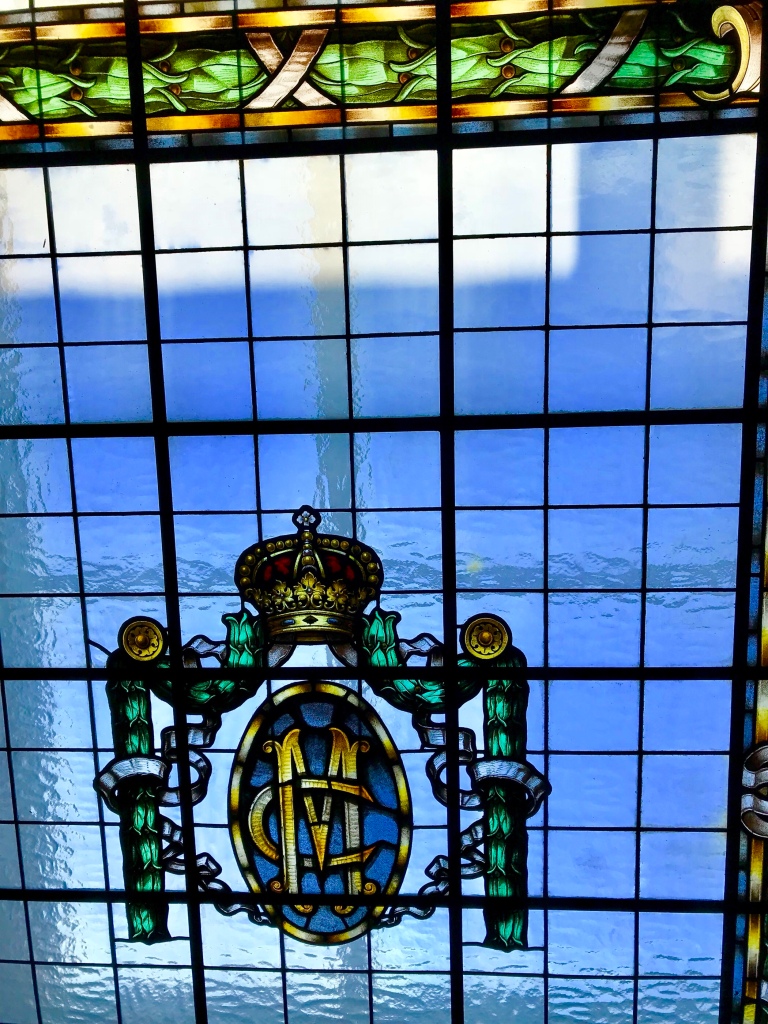 Experienced traveller. Knows the industry and eternally curious of new meetings, cultures, food and hotels. View all posts by Lottie