Not long ago, nearly all small cottages and farms in Sweden were painted in “Falu rödfärg”; falu red paint.

Let’s copy Wikipedia: “Falu red” is a dye that is used in a deep red paint, well known for its use on wooden cottages and barns. The paint historically originated from various copper mines in Sweden.

The paint consists of water, rye flour, linseed oil and tailings from the copper mines of Falun which contain silicates iron oxides, copper compounds, and zinc.

The original red Falu rödfärg is used To paint our little cottage in the Stockholm archipelago as well. I thought you may want to have a look inside? 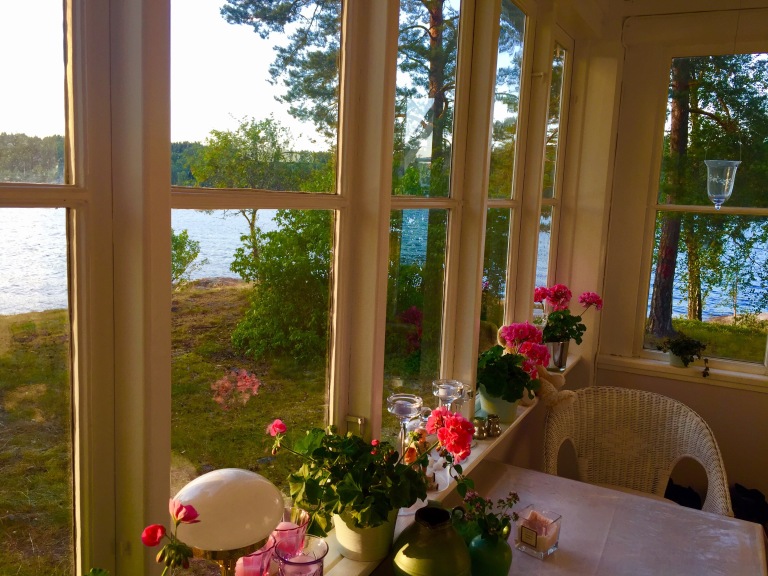 All over Sweden, there is an abundance of unspoilt nature and similar, small red cottages to let for a few summer weeks. http://www.visitsweden.com

The buildings – in our cottage – were originally used by a fisherman. 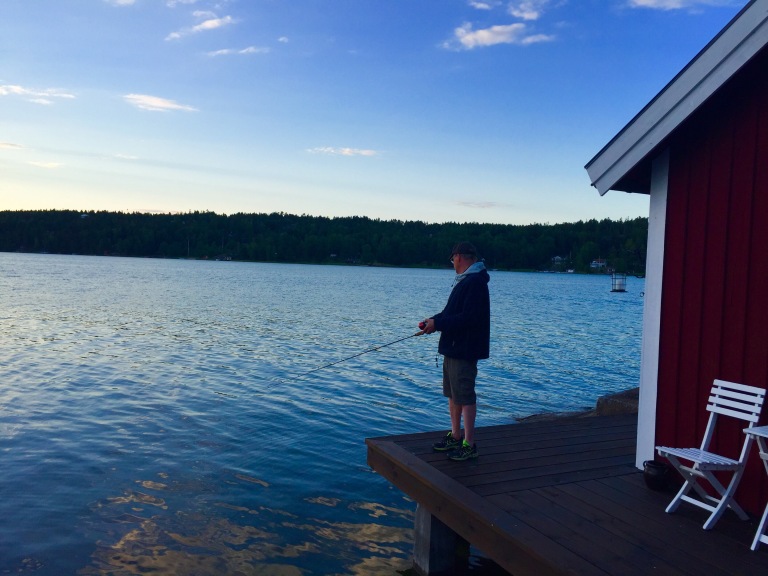 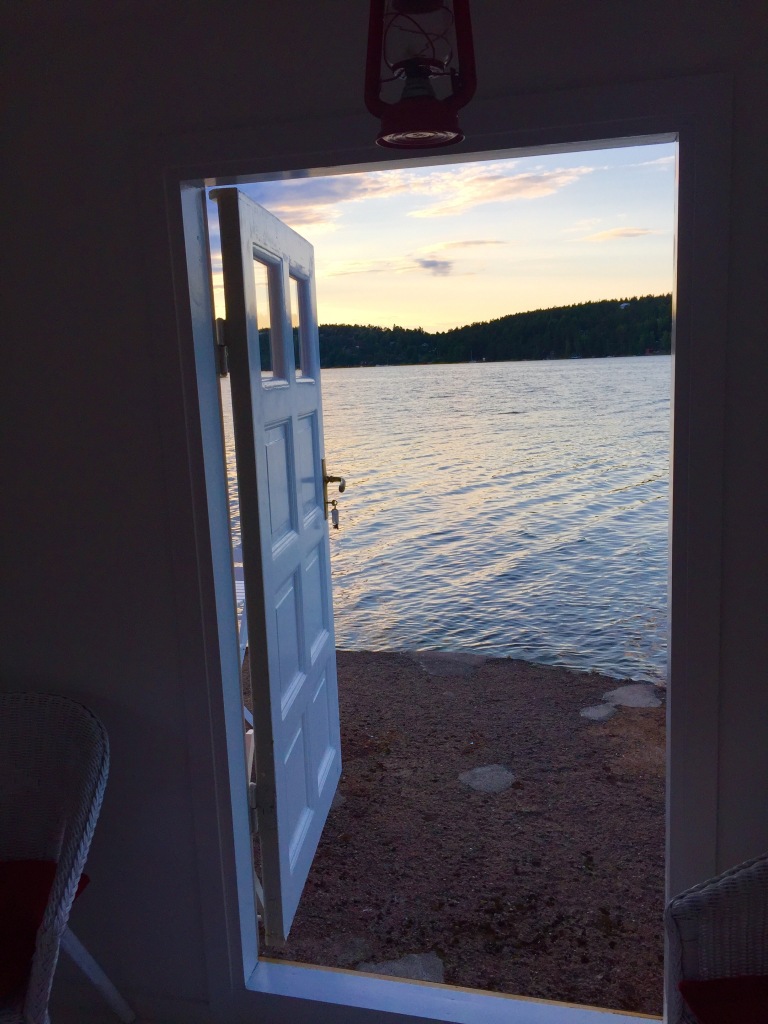 Actually, he was a noble man not doing so well in life, but he was drinking friends with the marquis of the Tyresö castle, owning all land around here. So the marquis of Tyresö castle simply gave this plot of land to his friend, who then became a fisherman for a living. 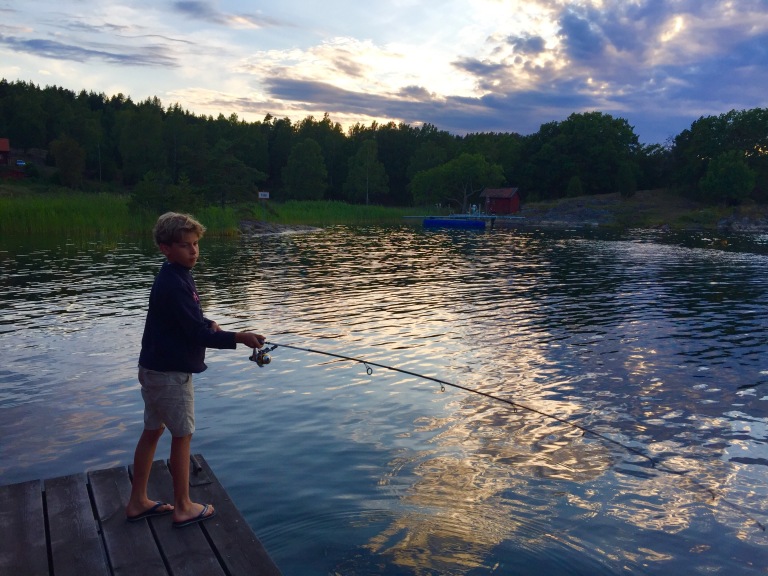 There is still no running water, just an excavated well, and the toilet is a “dry privy”, which I empty (!), or rather, let be in it’s plastic barrel for two years in the woods until earth again. I didn’t figure you wanted any pics from the composting of the toilet, but I did decorate the small building with fishing lures from my husbands childhood, still excellent today.

My husband always throws the pikes and perches he gets into the water again.

I claim it’s the same, stupid and hungry, one being caught each and every day. My husband argues back that if that’s the case, the pike goes up and down in weight and length.

Anyhow, you sleep well at the countryside, in old iron beds. 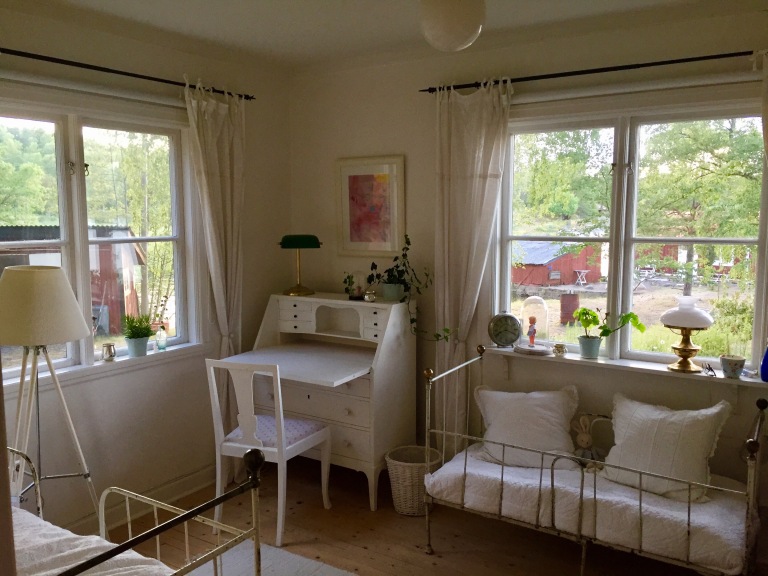 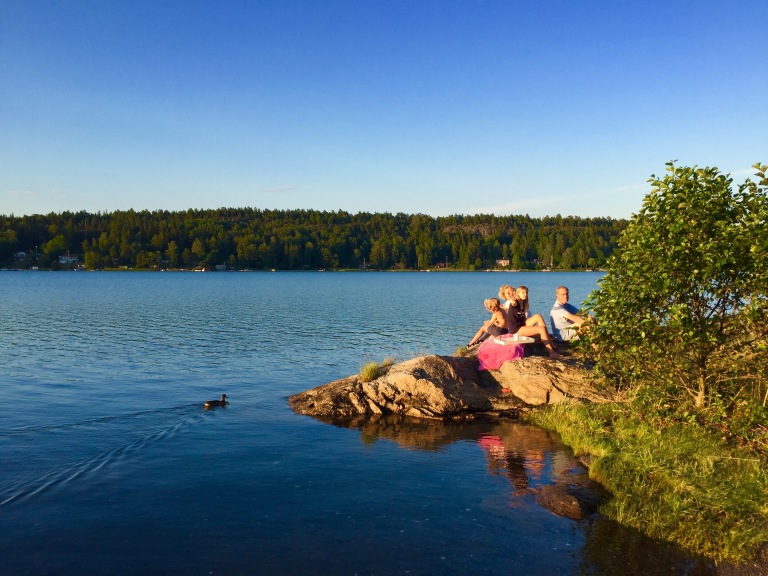